Drug Interactions in Headache: What to Watch for and Why 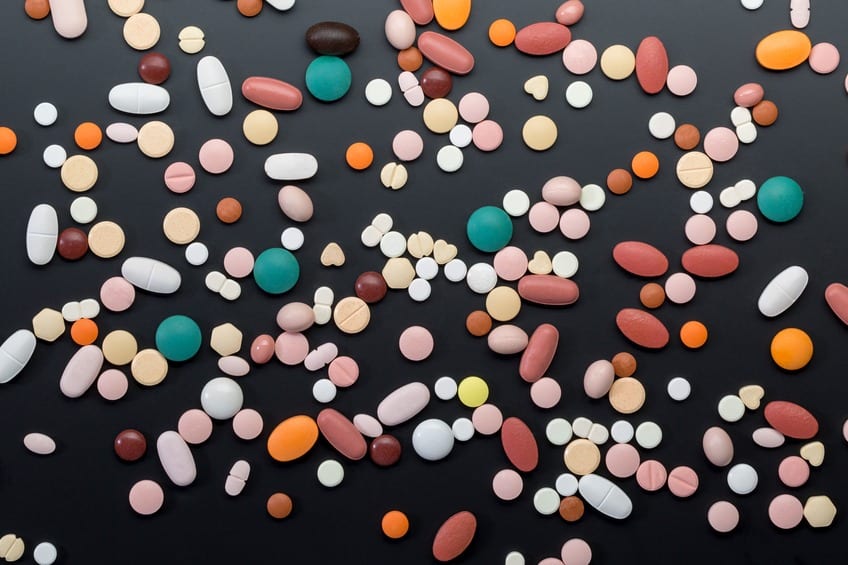 Two critical things to know about combining your migraine medication with other drugs:

When your provider asks you about all the medications you take, they’re asking for a very good reason. Drugs used in the treatment of headache usually do not cause problems, even when used in combination with various other medications. However, some drugs can interact in ways that may not be beneficial.

To help you when you and your practitioner design your treatment plan, this article explains common drug interactions. Both common generic and brand names of drugs are provided to help you easily recognize them.
We’ll cover drug interactions that can:

Synergy: the whole is greater than the sum of the parts

The classic synergy occurs if a patient takes two medications at the same time, both of which narrow blood vessels (vasoconstrict). For example, triptans may narrow normal coronary arteries by up to 20%, and ergotamine-containing agents may constrict arteries even more.The clinical relevance of the narrowing is unclear, since no proper, large, safety studies have been completed in an attempt to further understand this process.

For this reason, it is not recommended that patients combine triptans and ergots in the same day, or combine two different triptans in the same day. The concern is that a person would get excessive blood vessel narrowing by combining these drugs.

Serotonin is a chemical substance that transmits nerve impulses across the space that separates nerves (the synapse). An abnormal state—serotonin syndrome—can occur when a person has too much serotonin.

Serotonin norepineprine reuptake inhibitors (SNRIs), also included are venlafaxine (Effexor®), desvenlaxine (Pristiq®), duloxetine (Cymbalta®) and the obesity agent sibutramine (Meridia®).  In the literature, little clinical evidence exists that evaluates the risk of serotonin syndrome in migraine patients taking triptans or ergotamines in conjunction with these agents. A careful discussion of the FDA concerns for Serotonin Syndrome, coupled with the extensive clinical experience in combining the medications safely, is needed.

Many patients have depression, anxiety and migraine, all of which may require treatment. Providers, therefore, combine drugs for these conditions and patients report good tolerance. Knowing the side effects and safety risks alerts the patient to potential interactions so that treatment can be modified as needed. Based on the literature, serious cases of serotonin syndrome rarely occur. (For extensive information on SSRIs, triptans and Serotonin Syndrome see separate articles and hot topics section).

Competition for drug breakdown or elimination

Many drugs are broken down in the liver using specific enzymes made there. When two drugs need to use the same enzymes to be removed from the circulation, the drugs can compete with each other and removal of one or the other medication may slow down. This may cause the other drug to be available in the body for a longer time than in patients who are not taking drugs that compete for removal. Also, one drug can inhibit the enzyme that is responsible for eliminating another drug.

The enzyme monoamine oxidase (MAO) breaks down some or all of four triptans: almotriptan (Axert), rizatriptan (Maxalt), sumatriptan (Imitrex), and zolmitriptan (Zomig). At the same time, some antidepressants can be used as anti-migraine drugs and work by inhibiting MAO (MAOIs). These MAOI antidepressants include isocarboxazid (Marplan®), phenelzine (Nardil®), and tranyscypromine (Parnate®). If you are taking one of these drugs, it inhibits the very enzyme your body needs to break down certain triptans.

As a result, it is not recommended to use rizatriptan (Maxalt), sumatriptan (Imitrex), and zolmitriptan (Zomig) if you are taking an MAOI. Instead, it seems prudent to use triptans that are not broken down by MAO: eletriptan (Relpax), frovatriptan (Frova), and naratriptan (Amerge). Another option is almotriptan (Axert). Because almotriptan can be eliminated in several ways, its interaction with an MAOI is not of consequence.

One enzyme in the liver, cytochrome p450 1A2 (CYP1A2), breaks down about 50 percent of zolmitriptan (Zomig). CYP1A2 also breaks down cimetidine (Tagamet®), the anti-ulcer medication sold over the counter; the SSRI fluvoxamine (Luvox®), and certain antibiotics. The antibiotics include quinolones such as ciprofloxacin (Cipro®), gatifloxacin (Tequin®), levofloxacin (Levaquin®), and norfloxacin (Noroxin®). When these drugs are taken with zolmitriptan, they raise the amount of zolmitriptan in the blood. The European Union (EU) regulatory authority, but not the FDA, recommends only a 2.5mg dose of zolmitriptan be used with these drugs.

Another enzyme in the liver that can be influenced by two drugs used simultaniously is cytochrome p450 3A4 (CYP3A4). The combination of two drugs that are broken down by CYP3A4 can raise the levels of one or both medications.

For example, this enzyme breaks down an ergot, DHE (Migranal), and two triptans: almotriptan (Axert) and eletriptan (Relpax). The potential for interaction between almotriptan and other drugs broken down by CYP3A4 is low because almotriptan uses other routes for removal.

According to the FDA, eletriptan (Relpax) is not to be used within 72 hours of clarithromycin (Biaxin®), itraconozole, ketoconozole, nefazodone (Serzone®), ritonovir, and troleandomycin. In addition, the EU recommends not using eletriptan with erythromycin, indinavir, and nelfinavir. The concern is whether the drugs would raise the eletriptan blood levels.

Butalbital (Fiorinal®) and benzodiazepines such as alprazolam (Xanax®), lorazepam (Ativan®), and zolpidem (Ambien®), among others can “rev up” the liver enzymes that break down valproate (Depakote®) and may increase the likelihood of liver problems with valproate. If taking these drugs with valproate, one should be aware of the potential for elevated liver enzymes and should plan to have blood tests that monitor liver function.

If you suffer from headache, there are many drugs that can improve your situation. Using them appropriately can unlock their benefits and protect your health. Work closely with your doctor to help ensure that you get the most from your medications.