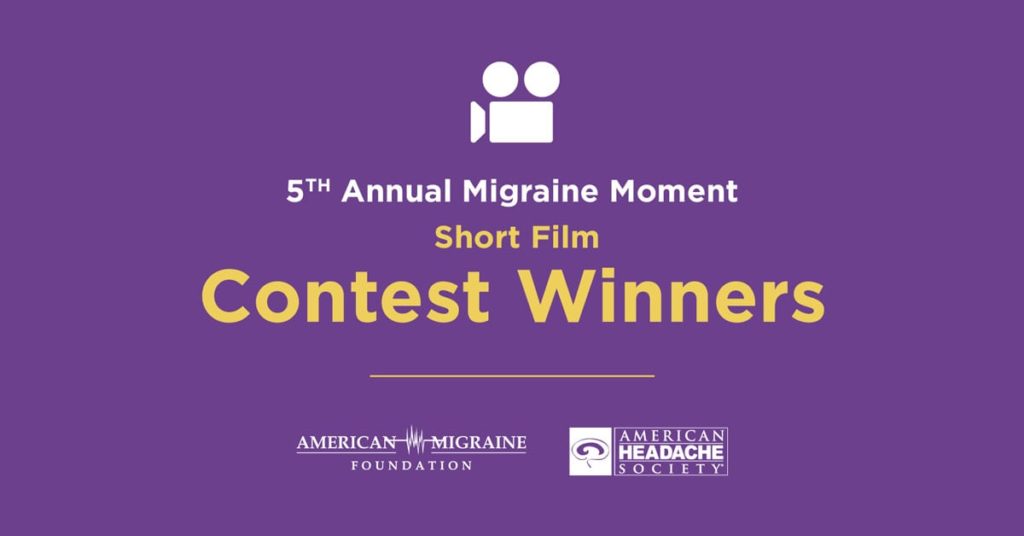 The contest aims to highlight how migraine affects people’s lives

The Annual Migraine Moment Short Film Contest is a joint venture by the American Headache Society and the American Migraine Foundation that gives people affected by migraine an outlet to share their stories. This year, we received over 50 submissions, ranging from animated short films to compelling biographical shorts. Our panel of judges is led by AHS Board member Dr. Dawn Buse and includes headache specialists, patients and advocates.

First Place – The Migraine Monster & Me

The grand prize was awarded to Shelley Duval for her animated short film “The Migraine Monster & Me.” Shelley lives with chronic migraine, which she depicts in the film as a little red monster that follows her around and takes great pleasure in stirring up trouble. The film captures not just how migraine impacts her life, but how she adapts to continue living with the disease.

In an interview with Contest Chair Dr. Dawn Buse, Shelley explains the animation style and adorable migraine monster were artistic choices that provide levity. “I wanted to capture the duality of the sad aspects of living with migraine, but highlight the fact that this is my life and there are many positive parts of it that help pull me through,” Shelley says. One of the positive elements highlighted in the film is her strong support system, including her husband, friends and coworkers.

“Dear Warrior” by Allison Hess is our first runner-up. Allison filmed it as a letter to her middle-school self who doesn’t know migraine will change her life forever. She told the American Migraine Foundation that her letter wasn’t just for her younger self. She also made it for other young people living with migraine. Allison hopes people who watch her film will feel inspired to put their health first and be kinder to themselves.

“Your norm before might not be the norm with migraine,” she says, “You just have to be proud of yourself.”

Our third runner up was Catherine McCord for her film, Carry On, which shares one woman’s hope for a life without debilitating pain.

“Though the end to my experience with migraine isn’t in sight, I believe that by putting one foot in front of the other, I am learning how to better mitigate the threat of incapacitating pain and communicate that pain with those who mean the most to me,” McCord says in her video. “I have hope that one day my migraine experience will be in the rearview and I will be able to live my life freely and do the things that I love.”

Congratulations to our winners, and thank you to everyone for participating in our contest and sharing your story. We are already looking forward to watching next year’s submissions.