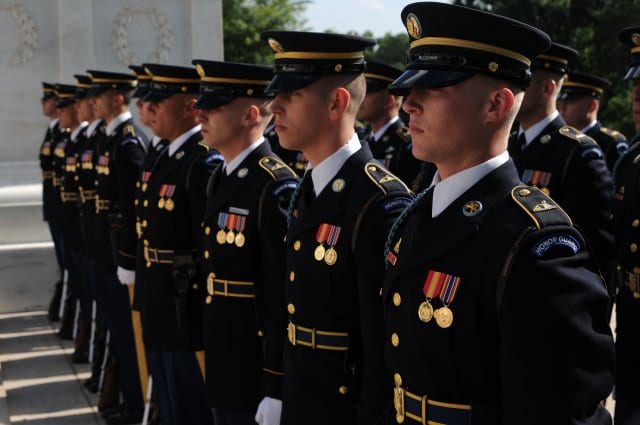 How common is headache or migraine in the active duty population?

The Armed Forces Health Surveillance Center (AFHSC) recently reported on the number of visits for headache or migraine. During the years 2001 through 2007, 2.5% of male and 9.5% of female active duty service members had at least one medical visit yearly for headache or migraine. This agrees with about 50,000 individuals (30,000 men, 20,000 women) and 100,000 visits yearly.

These are likely low numbers, as the report did not include medical visits during deployment or at non-military facilities. By contrast, migraine affects about 7% of men and 17% of women in adult US civilians—about half of which seek medical care. For a variety of reasons, military and civilian groups are difficult to directly compare. It appears that headache or migraine is an important health problem in both military and civilian groups.

How many service members with TBI have headaches?

The AFHSC reports a generally increasing rate of TBI in the U.S. Armed Forces, notably in the Army. See Figure 1. Headache is a key symptom of TBI. Therefore, headache or migraine is likely to continue as an important problem in the military healthcare system in the near future. Even in the absence of head injury, headache disorders may be especially common following deployment. For example, a recent Theeler study reported on headache symptoms in 2,726 US Army soldiers returning from combat duties during 2005. Surprisingly, 19% of the soldiers had symptoms consistent with migraine. Almost all were men. Only one in four had received a medical diagnosis.

New onset migraine is even more likely in service members who sustain a head injury (Figure 2). For women, new migraine following deployment was about twice as common with a deployment-related concussion (21%) than without (8%). The increase in new migraine was particularly notable in men. 10% of men with a concussion have new migraine compared to 2% of men without a concussion. These numbers are likely an underestimate, as they are based on diagnosed migraine rather than total migraine. Diagnosed means from medical records rather than interviews of all subjects whether or not they have sought care.

What is the outlook or prognosis of military PTH or post-deployment headache?

The short and long-term outlook of headache following deployment or injury is not well known, and more studies are needed. In the Theeler study mentioned earlier, 36% of the soldiers with post-deployment migraine had trouble due to headache at a three-month follow-up visit. A small but very interesting Walker study followed the outlook of PTH. Study subjects were veterans or persons who receive military benefits, mostly men, who sustained a moderate to severe head injury. Whether soldiers sustained injuries during deployment is not clear. Thirty-eight percent (38%) reported acute headache right after the injury. Most of these individuals reported daily headache. Just over half (54%) of those with acute headaches still reported headaches six months following the injury.

The International Classification of Headache Disorders (ICHD) includes diagnostic criteria for post-traumatic headache. According to ICHD, post-traumatic headaches are of “no typical characteristics.” They must also occur within seven days of injury or regaining consciousness after injury. Acute headaches last less than three months. Headaches that persist for three months or more are chronic. The rule that headaches must occur within one week of injury may not reflect reality. Some individuals appear to develop PTH in a delayed manner. In the study by Walker about one quarter of the patients without headaches immediately after TBI had “delayed onset” headaches at six months.

Currently, the evidence for how the symptoms and outlook of PTH differ from regular headaches is scarce. This is an area of active research. 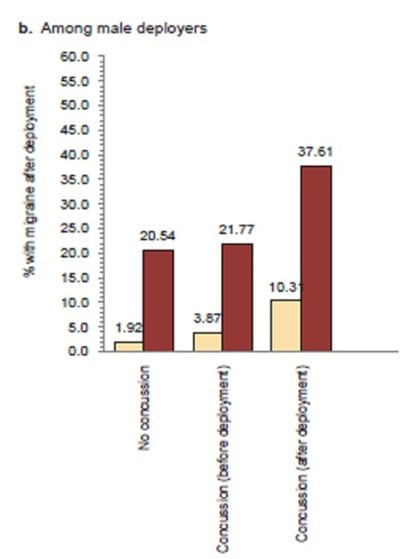 Figure 2: Percent of OEF/OIF deployers with at least one diagnosis of migraine after deployment, by history of migraine before deployment, active component, U.S. Armed Forces

Hemiplegic Migraine: Symptoms and Treatments
What Are SUNCT and SUNA?
What Is Chronic Migraine?
Is it Migraine or Sinus Headache?
The Relationship Between Sleep, Headache and Pain
What Is Migraine?
What to Know about Hemicrania Continua
What to Know About Vestibular Migraine
Our Joint Statement on Oxygen Therapy for Cluster Headache
Cluster Headache Treatment Options