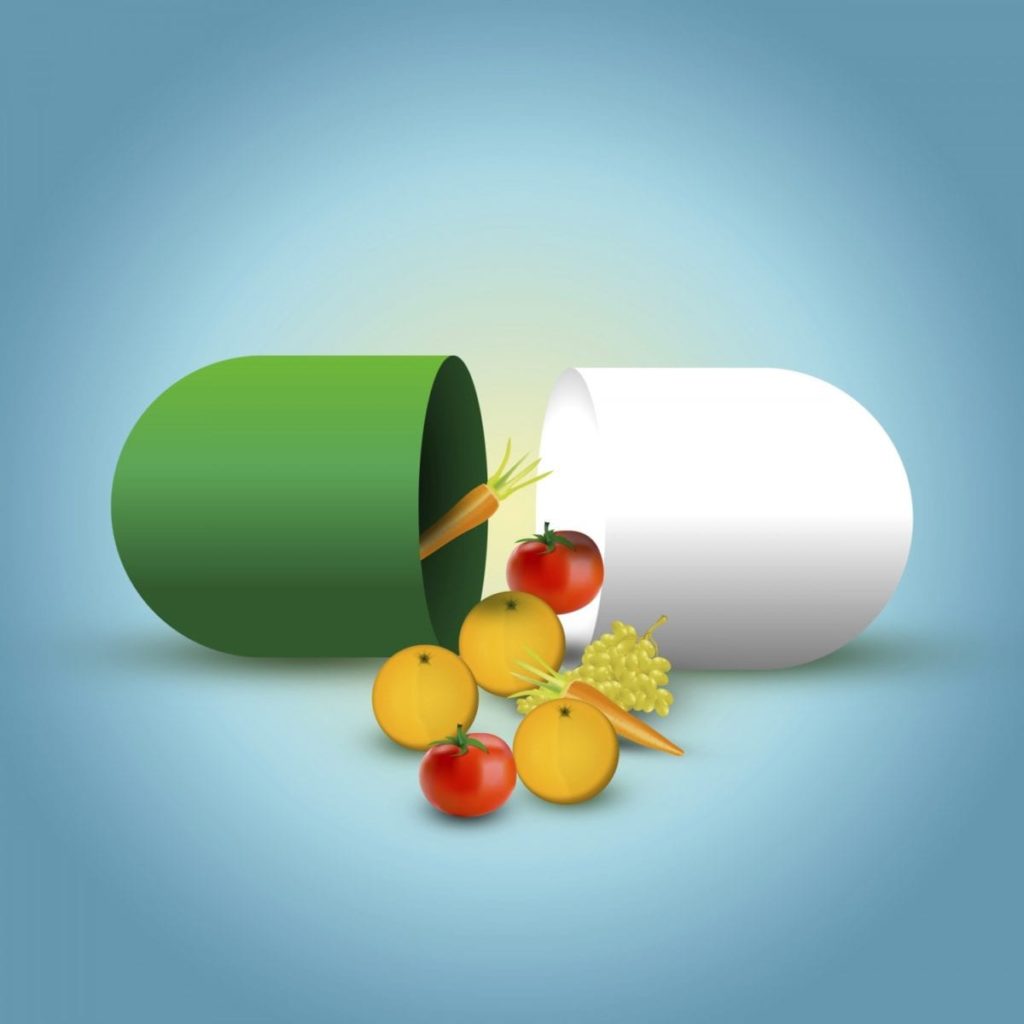 The use of nutraceuticals is increasing in the general population. Wide-spread popularity exists among patients, including those with migraine. Healthcare providers are often questioned by parents about the use of more “natural” treatments for their child with migraine. The use of nutritional supplements or “nutraceuticals” is considered for several reasons. First, there are “failed” experiences with previously prescribed conventional prophylactic medications, with ineffectiveness or intolerance due to adverse side effects. Second, there is often reluctance to start traditional prophylactic treatment due to concern for recognized possible adverse effects. Third, there may be personal preference for a more “holistic” approach.

Butterbur Root, petasites hybridus, originates as a perennial shrub grown in the riverbanks in Germany. Its purpose in migraine is that it contains a substance that inhibits inflammation, and also serves as an antispasmodic and calcium channel blocker resulting in improvement in migraine symptoms. In its raw form, it is a toxic plant, but when purified (patented by a German company and marketed as PetadolexTM), it has been used in Europe to treat asthma, allergies and migraine.

There has been a small single pediatric trial involving only 58 children, comparing PetadolexTM to placebo. The results showed that Butterbur improved migraine frequency. In a larger study, children ages 6-17 years with episodic migraine were treated with Butterbur without controls for 4 months, and as a result, 75% of children had improvement in headache frequency. The doses used in children ranged from 50 to 150mg, based on age. Side effects seen in these studies were minimal, including burping, and were usually seen at higher doses.

Given these positive, yet limited studies, there is some concern in using Butterbur. While brand name Petadolex™ is monitored by the German government’s Commission E and considered safe, long-term studies over 3 months are unavailable. Generic butterbur is not monitored or certified to be safe by any governmental authority. Since it is a known carcinogen and its long-term effects are uncertain a “consumer beware” and “you’re putting your faith in the seller” warning seems warranted. Safety in pregnancy at any age in unproven.

Magnesium is an important ion that, at low levels, has been linked to migraine. Magnesium is available in soluble and insoluble forms. The soluble forms are better absorbed and many are amino acid chelates. Chelate means “bonded to,” and the amino acid bond helps the intestine absorb the magnesium through a different path which is more effective. Insoluble forms are most readily available, such as magnesium oxide or carbonate.

Low brain magnesium is believed to be involved in increased brain excitability. This excitability is thought to be associated with many of the features of migraine. With limited data, there is a belief that the higher the frequency of headache the more likely brain and total body magnesium is deficient. This cannot be detected by a simple blood test as this only measures 1% of total body magnesium.

There has been a single controlled trial investigating magnesium in children and adolescents ages 3-17 years. The study used magnesium oxide, a non-chelated form or insoluble form of magnesium. Each subject received 9mg per kilogram (20mg per pound) divided into three doses daily. Results were equivocal. One possible reason is that fewer children than expected completed the study because of diarrhea, the main side effect. Another criticism is that those treated with magnesium had less severe migraine.  In another study, magnesium pidolate (a chelate form not available in the U.S.), was used with most children responding after one month. Headache days improved with less disability in those with tension type headaches. Side effects included an unpleasant taste. The intravenous form of Magnesium has been studied in adults demonstrating improvement in those having acute migraine with aura or perimenstrual migraine.

In general, recommending magnesium as a preventative has its uncertainties. Namely, the dose required for migraine prevention is unclear. While it can be eaten with most nuts, seeds, and dark green vegetables loaded with magnesium—each has it’s lovers and haters among this age group. Practically speaking, it is unlikely that adequate intake by food alone is possible in most eating plans. Diarrhea or soft stools are the limiting factors by mouth in whatever form it is taken, but toxic effects are unknown by this route if kidney function is normal.

Transdermal magnesium is available without any adverse effects on bowel function, but it too has its pros and cons. This includes possible skin irritation or discomfort or need for removal due to gumming. Since magnesium may reduce migraine severity and frequency in children, the dose suggested is 9mg/kg/day (20mg per pound) of a soluble form of magnesium for at least three months. Ask your provider or pharmacist if you have questions. Three final notes: 1) no studies have been done investigating magnesium in acute treatment of pediatric migraine; 2) long-term effects of magnesium on improving migraine are uncertain; 3) at common tolerated doses magnesium is safe for pregnant adolescents.

Riboflavin (Vitamin B2) has been the most frequently studied supplement in children and adolescents with migraine. It is a co-factor in mitochondrial metabolism, and low levels have been linked to mitochondrial dysfunction and energy metabolism. Supplementation has proven effective in children with mitochondrial disorders. The first pediatric migraine preventative study published in 2008 used high dose riboflavin. Results did not differ from placebo, although both placebo and riboflavin groups had a high response rate.

Another research group studied children with chronic, severe migraine on riboflavin. They had failed usual drug prevention, but review of use of high dose showed benefit. A more favorable response was noted in boys. Adverse effects were minimal and included bright yellow urine, diarrhea and frequent urination. Suggested dosing is uncertain, as those used in studies ranged from 25 to 400mg per day. All of these doses are high dose compared to recommended adult daily allowances. The drug properties of riboflavin suggest that the maximal amount that the human body can absorb from a single dose is 27mg. The time it takes the body to rid itself of half of the drug, known as half-life, is about two hours. These facts suggest there is a need to take riboflavin multiple times per day for best effect. An empty stomach is also less able to absorb riboflavin. Although a vitamin, riboflavin at these doses has not been is not proven safe in pregnancy at any age.

Coenzyme Q10 (CoQ10) is the only nutrient discussed that is made in the body. It is a co-factor also involved in mitochondrial metabolism, and is known also as an antioxidant. When levels are low in the body, it has been associated with abnormal energy metabolism. It has been shown to be effective in migraine prevention in adults with rare side effects at high doses which included nausea, anorexia, dyspepsia, diarrhea and rash. Otherwise, it is well tolerated and reported to be safe.

A large 2007 study assessed CoQ10 levels in 1400 subjects, ages 3 to 22, which had frequent headaches who were then provided CoQ10 therapy. The prevalence of a severe insufficiency (deficiency) of CoQ10 was about 33%, with 75% of patients having at least mildly insufficient levels. Use of 1-3mg per kilogram (2-6mg per pound) of CoQ10 resulted in an increase to adequate blood levels. Improvement in headache frequency with less disability resulted. There were no adverse effects recorded. Cost is the primary drawback to CoQ10 therapy. Petadolex™ and Coenzyme Q10 each sell for more than $30.00 per month at higher doses. While studies have not compared treatment effects, the ubiquinol form of CoQ10 is better absorbed and reaches significantly highly blood levels than ubiquinone. No toxicity issues with pregnancy are known, but safety is also unproven.

Feverfew is sold in the U.S. as dried leaves of a weed plant Tanacetum parthenium, and has been used for treatment in adults for its anti-inflammatory role in migraine. The active ingredient is believed to be parthenolide. A specially processed and standardized form from Germany in known as MIG-99 (not available in the US). Despite it use in adults, feverfew has not been studied in children or adolescents as a treatment for migraine, as results have been minimal and inconsistent. Reports on evidence of effectiveness do not support its use due to lack of definite benefit. Side effects include gastrointestinal disturbances, mouth ulcers and joint aches. Furthermore, its long-term safety is unknown and currently not a reasonable option for children or adolescents with migraine.

No controlled studies exist in migraine. There are adult reports linking low vitamin D and migraine. An increasing number of studies reveal benefits of vitamin D for pain conditions. Deficiency is associated with many diseases. Many children and adolescents are deficient, at least in all but the summer months. The best source of Vitamin D is 15-20 minutes of daily direct sunlight during the midday. Some fish products can provide a limited source for vitamin D, along with breast feeding by a mother with sufficient Vitamin D stores. Vitamin D typically needs to be taken as a separate supplement. Vitamin D is actually a gene regulator which improves immune function, mood conditions and many additional disorders. Vitamin D should never replace accepted conventional treatments, but for general good health and possibly pain improvement you should consider maintaining a 25-hydroxyvitamin D level at least between 35-60ng/ml with Vitamin D3 replacement. Vitamin D intake during pregnancy appears critical and safe with the levels listed here. A visit to www.vitamindcouncil.org will make issues very clear.