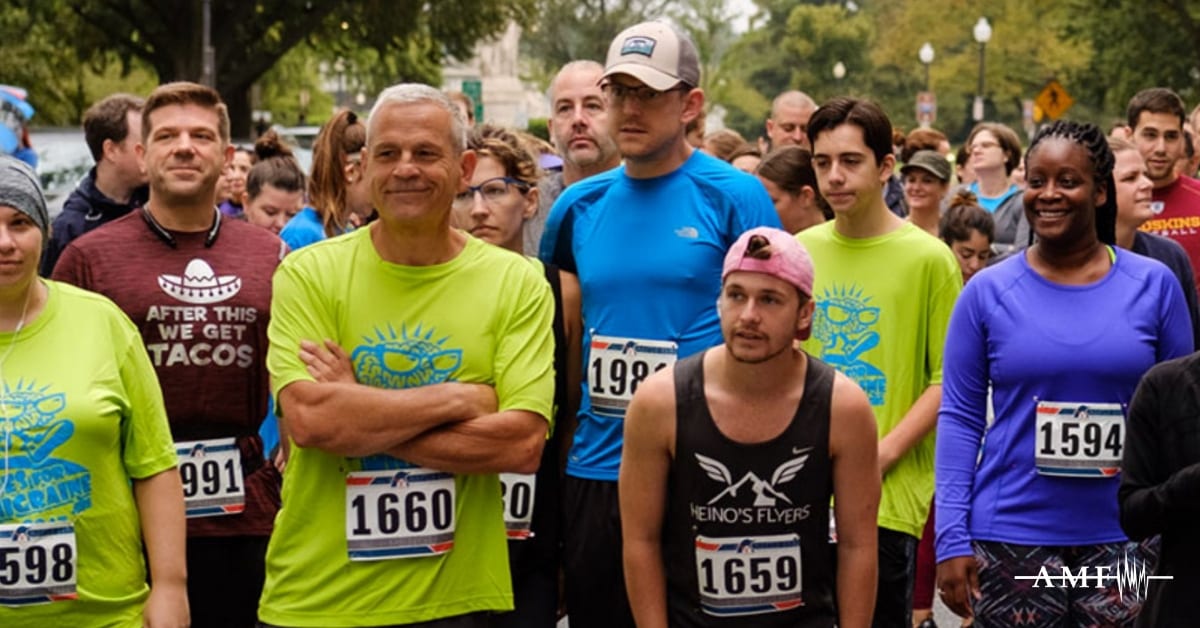 Miles for Migraine is an advocacy group that hosts runs and walks, as well as educational events and support groups, aimed at increasing migraine awareness. Here is their story.

Migraine awareness is growing every day—but there is still ground to cover. This is what drives Miles for Migraine, an American Migraine Foundation partner organization. Miles For Migraine’s flagship effort is an annual event where people walk and run in support of migraine awareness. In the time since it was founded, Miles for Migraine has expanded into adult education and youth outreach efforts to better support those living with migraine.

Miles for Migraine Executive Director Shirley Kessel says the group’s main objective is to fight the stigma that affects people with migraine. It accomplishes this by creating a community for them—as well as their caregivers—where they can engage in year-round, live events.

“That’s really our claim to fame,” she says. “Everything we do is in a live forum so we can show the world that migraine is just as important as any other disease and requires attention and funding.”

Taking on the Challenge

Miles for Migraine was founded by American Headache Society member and migraine patient Eileen Jones, RN. In 2007, Jones and others were participating in Headache on the Hill, an annual event put on by the Alliance for Headache Disorders Advocacy. Jones spokes with her congressman about increasing migraine research funding. She was told, however, that she would have to go back into her community and do something herself if she really wanted to see change in the migraine space.

With that, Jones decided to take matters into her own hands, and Miles for Migraine was born. The group held its first 5K and 10K run, and 2-mile walk, in the fall of 2008 in San Francisco. They had about 200 participants. Miles for Migraine has since expanded to 18 cities. Kessel says, however, that they still have work to do in other parts of the country.

“Ideally, we’d like to go to every major city in the country,” she says. “Migraine is not any less disabling than these other diseases, and it’s certainly just as deserving of attention. So, we want to try to get as many events out there as we can.”

Miles for Migraine has moved beyond hosting the events that started it all. The group also runs a program called the Advocacy Connection Team, also known as ACT Now. Kessel says this is a way to get involved with any kind of awareness, from learning more about how to be an ally to someone with migraine to setting up benefit events. Miles for Migraine also runs a youth camp aimed at fostering a sense of community for kids with migraine and their parents.

“Kids with migraine are really neglected,” Kessel says. “It’s such an unfortunate situation—these kids get diagnosed and no one really understands—sometimes, even their parents don’t. So, we have events where they can come learn about migraine and create relationships with their peers.”

Kessel says the advocacy work Miles for Migraine does must be seen as an aspect of treatment. Learning more about migraine, creating awareness, and pushing for more funding and research will ultimately benefit the people who live with this debilitating disease.

“My hope, as the director of this organization, is that providers will prescribe advocacy for their patients,” she says. “The only way we’re going to create change is for everyone to do their part.”

To learn more about Miles for Migraine, visit the group’s website. For all of the latest information on migraine, check out the American Migraine Foundation Resource Library.

Migraine Advocacy for Patients and Physicians
Migraine Advocacy on Capitol Hill
AMF and AHS Represent Patients and Providers at ICER Meeting
Migraine and Kids: How Parents Can Help
Move Against Migraine 2019: A Look Back
What Are You Grateful For?
How to Explain Migraine
Jim Cramer Joins the American Migraine Foundation as Spokesperson
Post-Traumatic Headache in Veterans
“Just a Headache:” Impact of Migraine