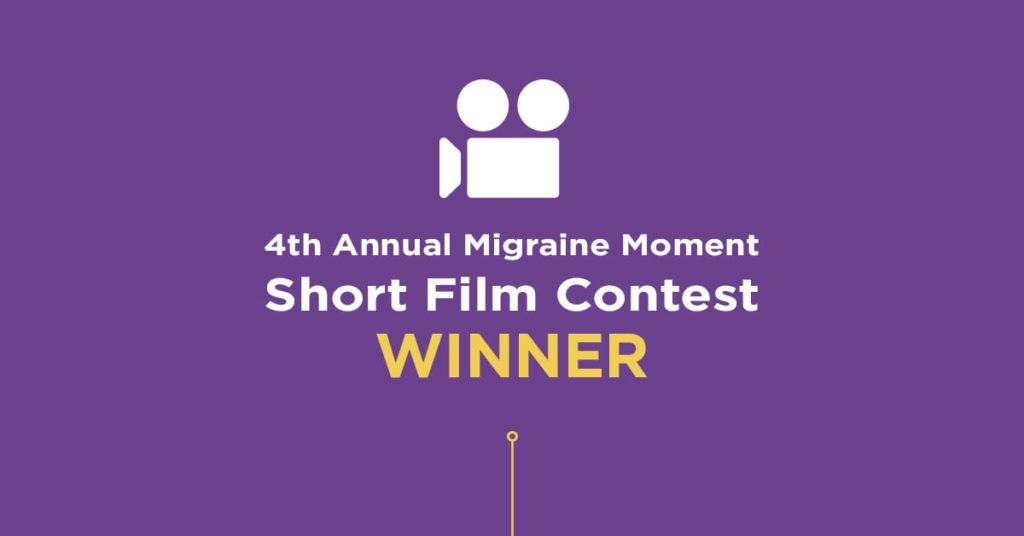 The 4th Annual Migraine Moment Short Film Contest has come to a close. The contest was created to give those living with migraine a means of sharing how this disabling disease impacts their lives. This year’s submissions ranged from short documentaries to first-person narratives, each conveying a unique migraine experience. After careful consideration, our panel of judges announced the results at the Migraine Moment Short Film Contest winners American Headache Society’s Annual Scientific Meeting.

Our grand prize goes to Shannon Rody for her submission “Mind Craft,” a film about migraine told through the eyes of her son, Rowan, who lives with chronic migraine.

When she introduced her film at the Annual Meeting, Rody asked attendees to join her in an exercise. She asked them to put their hands in the air and leave them up until she asked they be put down. As arms started to tingle, she revealed that the pain was akin to the pain of living with migraine, except that people with chronic migraine didn’t know when the pain will end.

If you’re looking for a creative way to convey your migraine experience with your friends and family, this exercise could be a great way to communicate what it’s like living with migraine.

Note: Due to its immersive storytelling nature, this film contains some elements that could be triggering to those with migraine.

Our first runner-up is Cherise Irons for her documentary “Victory Over Pain,” in which she speaks about her migraine journey and describes how she pushes through like a champion.

She created her documentary because she wanted to give hope to other people living with migraine. She also wanted to educate individuals who are unaware or uninformed about migraine.

“The biggest purpose was to advocate for those who cannot do so for themselves and share my faith,” she said, “I want everyone to know migraine may be invisible but the people suffering from them are very real and deserve the best treatment.”

We would also like to recognize our second runner-up, Nathan Vanagas, for his film “I’ll Be There.” Nathan lives with hemiplegic migraine and worked with his friend Jared Rehnquist to convey the unique stresses of being a high schooler with migraine. Since sharing the video with his network, Nathan has found that people have been more understanding and empathetic when he has an attack.

“I also made this film to remind other people with migraine that a lot of people suffer with the same issues,” he said, “It helps to know you know that you’re not alone.”

Congratulations to our winners, and thank you to everyone for participating in our contest and sharing your story. Together, we are as relentless as migraine.