Home » Migraine Essentials » Migraine, Brain Fog and Memory Loss: How They Affect You

Migraine, Brain Fog and Memory Loss: How They Affect You 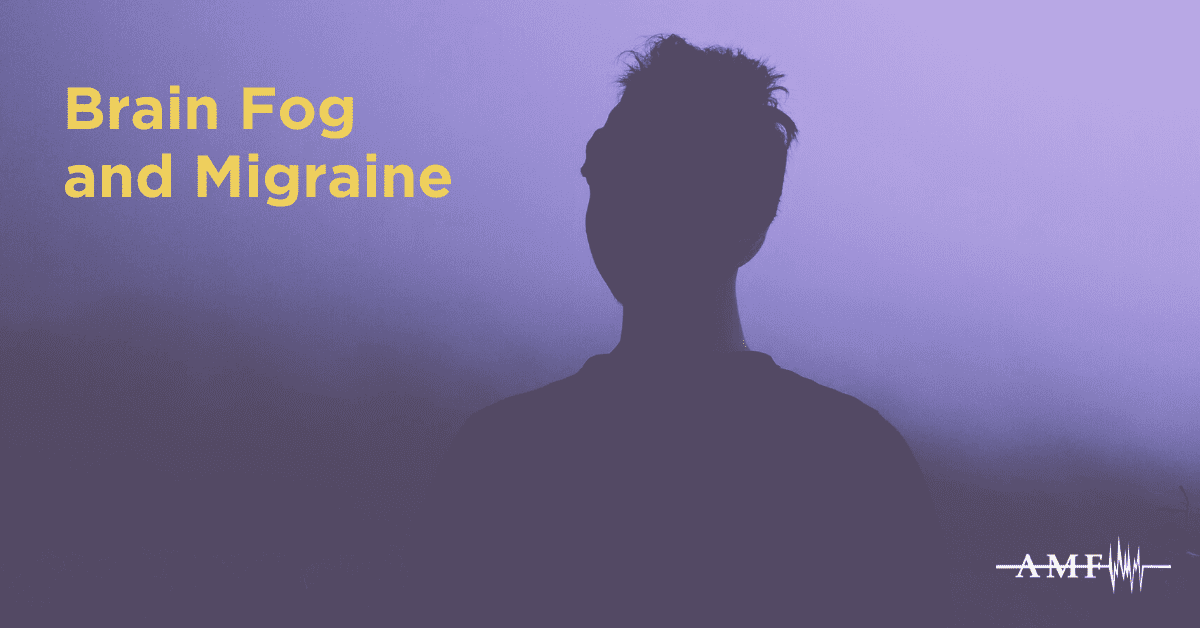 Brain fog and temporary memory loss can be surprising symptoms of migraine. Find out what they feel like, how they may be related to migraine and possible treatment options.

Do you ever feel confused, out of focus or like your brain just isn’t working right? It’s not in your head. For many people with migraine, brain fog and temporary memory loss are symptoms that come before, during or after a migraine attack. These are surprising symptoms that can happen between attacks, rather than directly connected to the headache pain. So you may not have even made the connection that they are related to migraine.

Because this impacts so many people with migraine, we spoke with Dr. Elizabeth Seng, assistant professor of psychology at Yeshiva University and research associate professor at Albert Einstein College of Medicine. Dr. Seng has researched how migraine affects people’s actions and how to get people to change the way they act for 15 years. She tells us how and when symptoms of brain fog may happen in relation to a migraine attack, what brain fog can feel like and different ways to prevent and treat it.

What is brain fog?

People who get brain fog often say it makes it hard to focus and find the right words. They may feel distracted, forgetful, less alert or have trouble completing simple tasks.

Dr. Seng says she likes the “brain fog” label because it names the way people feel really well. “[It’s] like you’re trying to concentrate through this fog,” says Dr. Seng. “For many people, honestly, this symptom is extremely disabling and they find this to be one of the most problematic symptoms of their migraine disease.”

A migraine attack has four phases (prodrome, aura, headache and postdrome). Brain fog can occur up to 48 hours before and 24 hours after headache pain. “As we work with patients to try to identify their early warning signs of migraine attacks, many patients are describing to us that if they pay close attention, these brain fog symptoms are often one of the first [signs] that a migraine attack may be on the way,” says Dr. Seng.

Dr. Seng’s lab is doing research on brain fog and memory loss symptoms. While more research is needed in this area, it’s believed that brain fog is linked to the cortical depression in the brain leading up to a migraine attack. Cortical depression is something that happens to the cells in your brain (cortex). It’s an electrical and blood flow process that often spreads from the back of the brain (where vision is controlled) to the front of the brain (where thinking is controlled).

As the cortical depression moves over your brain, it can slow your thinking or make it hard to find words. This fact explains why some people also have aura, or visual disturbances, leading up to the headache phase. “Many people with migraine, when prompted, will say, ‘Yeah, I have a really difficult time finding words,’” says Dr. Seng. “But they may not necessarily have recognized that as an early warning sign.”

“People with migraine should plan to be extremely kind to themselves in that 24-hour period afterwards,” says Dr. Seng. “They should take really good care of themselves and should not be too hard on themselves if they’re still experiencing brain fog or difficulty concentrating—and not let that interfere with their sense of self-confidence that they did the right thing when they treated their attack.”

People with migraine may experience cognitive (thinking, reasoning or remembering) symptoms. People with brain fog or temporary memory difficulty with migraine will often say they have a hard time staying focused or finding words. These symptoms may be tough to deal with, but it’s worth noting that they are common. Studies have shown that migraine does not make you lose your memory (dementia) or lower your thinking skills later in life.

“Being able to [focus], being able to pay attention, [are the basics] of all other thinking,” says Dr. Seng. She also says if you can’t focus, you will not be able to do harder, more complex things. People with brain fog may find out they can’t finish a word puzzle or reply to an email. But it’s most likely because they can’t focus, not because it’s a cognitive issue.

Dr. Seng encourages people to talk to others about their brain fog. “Tell people in your life because they need to know that that’s one of your migraine symptoms,” she says. “People in your life may actually notice some of these things before you do.”

Just like people can notice the warning signs of a seizure or asthma attack, your loved ones can help you recognize the start of a migraine attack. This not only allows you to treat it early, but it can also take away some of the shame you may feel about migraine.

Prevention and Treatment for Brain Fog and Migraine Confusion

The best way to prevent brain fog is to reduce migraine symptoms. For some people, that may mean taking medication, using a device or making lifestyle changes so as not to get as many migraine attacks.

It’s also important to treat migraine attacks early while pain is still mild. “Most people with migraine can feel very confident taking their acute medication every time they think they have a migraine attack,” says Dr. Seng. “That’s the best thing that you can do to address all of the postdrome symptoms, including brain fog.” She does note that people who have as many as eight to 10 migraine attacks a month may need to be careful to not take too much medication.

“One of the reasons why it’s so important to identify your early warning signs and brain fog is because that gives you time to prepare, to treat the attack acutely,” says Dr. Seng. “I want to help. I’m a behavior change scientist. I want to help people take their acute medication right at the beginning of a migraine attack. And for a lot of people, it’s hard to know, is this a migraine attack?”

When people with migraine know they get brain fog or have a hard time finding the right words, they can use that knowledge as a warning sign and take steps to prevent or reduce their migraine pain. These steps could include:

When you’re having brain fog, Dr. Seng says you can try things like removing time pressure and focusing on one task at a time to get better at whatever you are doing. “You should not expect that your brain will be able to work as well during…the entire migraine attack, both the prodrome and postdrome,” she says. You can also write down notes and ask for help. Finding a quiet place and staying away from bright light may help boost your mental effort, as well.

If you’re having brain fog before or after migraine attacks, talk to your doctor about the symptoms. You and your doctor can work together to find the best way to prevent and treat your migraine symptoms. That way you can help reduce brain fog and temporary memory loss that goes with it.