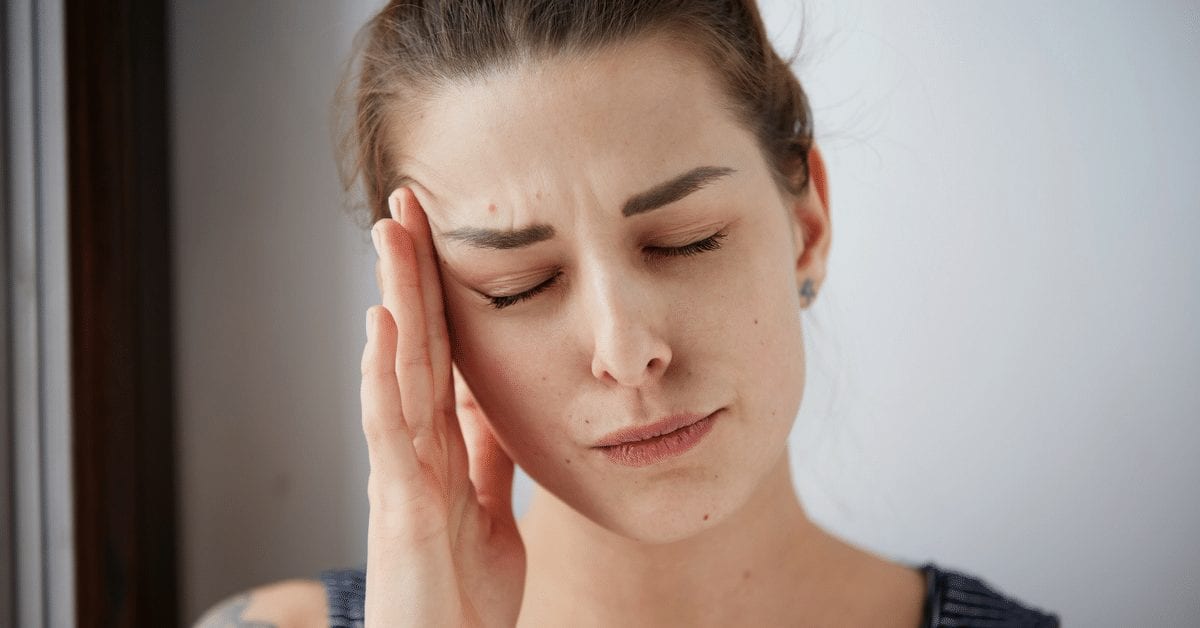 This patient education page is directed to women with migraines. If you have headaches that occur between 2 days before your period and in the first 3 days of flow, and if those headaches are more severe, or light bothers you more with those headaches, odds are you have menstrual migraine.

Migraines occurring just before and during menses can be the most challenging kind to treat and frequently do not respond to the same medicines that work the rest of the month. Menstrual migraine is fueled by the drop in usual estrogen levels that occurs just prior to the menstrual period. The menstrual migraine window is considered 2 days before flow starts and continues for the first 3 days of menses.

A fast-acting triptan such as sumatriptan, rizatriptan, zolmitriptan, almotriptan, or eletriptan, taken early in the migraine, and coupled with a non-steroidal anti-inflammatory drug (NSAID) such as naproxen or ibuprofen taken at the same time, may be sufficient. A branded combination formulation sumatriptan-naproxen with a fast onset of action is TREXIMET (GlaxoSmithKline, Philadelphia, PA, USA). A dissolvable powder put in water of prescription diclofenac approved by the Food and Drug Administration (FDA) for migraine, brand name CAMBIA (Nautilus Neurosciences, Inc., Bedminster, NJ, USA), is also a faster form of NSAID.

Sumatriptan is the only injectable triptan, and it comes in both needle and needle-free syringes. It is very fast, often giving benefit in less than 10 minutes, and can be used effectively even in the setting of vomiting or extreme nausea. In the throes of a bad migraine, absorption of pills can be very slow; injections bypass the digestive tract. Dihydroergotamine (DHE) is also a reasonable injectable medication that can be used, but it is not available with an auto-injector. Injectable sumatriptan or DHE can be coupled with an NSAID for even more benefit.

A nasal triptan such as zolmitriptan is also faster than a tablet, avoids the problem of vomiting and losing a pill, and can be more comfortable for those who prefer to avoid the pain of injection. DHE is available as a nasal spray (brand name MIGRANAL and generic, Zogenix, San Diego, CA, USA/Valeant, Bridgewater, NJ, USA), but must be given in 4 sprays over 15 minutes, which is often too slow for a situation with severe nausea or vomiting. Finally, there is also a nasal form of the NSAID ketorolac, brand name SPRIX (Luitpold Pharmaceuticals, Shirley, NY, USA), FDA-approved for moderate-to-severe pain but not specifically for migraine, and this can be used if triptans are not an option because of vascular disease or if they are ineffective.

NSAIDs taken twice a day during the 5-7 days surrounding the menstrual window may decrease or eliminate the menstrual migraine. Should the migraine occur during this time, it is likely to be less severe and becomes more amenable to treatment by a triptan. Naproxen 550 mg dosed twice a day as mini-prevention was shown to be effective when studied, and the benefit is believed to be a class effect, meaning that other NSAIDs are likely to give similar results.

Estrogen supplementation with a pill, vaginal gel, or estrogen patch can be used during the menstrual week to prevent the natural estrogen drop that sets off menstrual migraines. This approach is easier in those with predictable menstrual cycles. Often, this is most convenient if you are already taking a birth control pill or the inserted vaginal ring for contraception. During the week in which there is no active pill or the vaginal ring is removed, estrogen, usually dosed at 1 mg per day, an estrogen gel of 1.5 mg per day, or an applied moderate-to-high-dose estrogen patch, will decrease or prevent menstrual migraine.

Multiple studies have been done with the acute medications typically used to treat usual migraines, but dosed continuously in the menstrual window, twice a day. This approach appears to decrease or eliminate menstrual migraine, although there are concerns that the migraines may be worse or become more frequent at other times of the month, possibly related to rebound or medication overuse. This would particularly be problematic in women who have frequent migraines throughout the month, as well as menstrual migraines.

The American Headache Society Evidence-based Guidelines rated frovatriptan as effective (Class A), and naratriptan and zolmitriptan as probably effective (Class B) for use in mini-prevention. However, the FDA did not feel the evidence of benefit for frovatriptan was sufficiently strong to approve it for this indication and has not given any triptan a recommended indication for mini-prevention.

Triptan dosing for mini-prevention is generally given twice daily. Either naratriptan 1 mg or zolmitriptan 2.5 mg dosed twice a day, or frovatriptan given with a starting dose of 10 mg, then 2.5 mg twice a day are typical regimens in the menstrual window that have studies backing their effective use.

Magnesium started at day 15 of the cycle and continued until menses begins is another mini-prevention strategy that was found effective in a controlled trial. Because the dosing begins 15 days from menses, it is not necessary to have regular predictable cycles to time this prevention, making it a versatile and safe intervention.

In women with irregular periods or those in whom mini-prevention does not work, treatment strategies used throughout the month may be the best option.

Dosing birth control pills continuously such that there is no break for menses can be an effective way to reduce menstrual migraines. A hormonal approach can also be used with the vaginal ring so that at the time the ring is removed a new one is inserted immediately instead of waiting for the end of the menstrual week. Typically, a break is given for a menstrual period every 3-6 months during which aggressive treatment of the menstrual migraine may be implemented or mini-prevention used.

Keeping a diary of your headaches, recording when they occur in relation to the menstrual cycle, as well as their severity and response to usual treatment, will help in determining the presence or absence of menstrual migraine, present in about 60% of women with migraine.

Options vary depending on a woman’s overall health and response to treatment. They include stepped-up acute treatment, mini-prevention with NSAIDs, magnesium, triptans or estrogen, or daily prevention with continuous contraception.