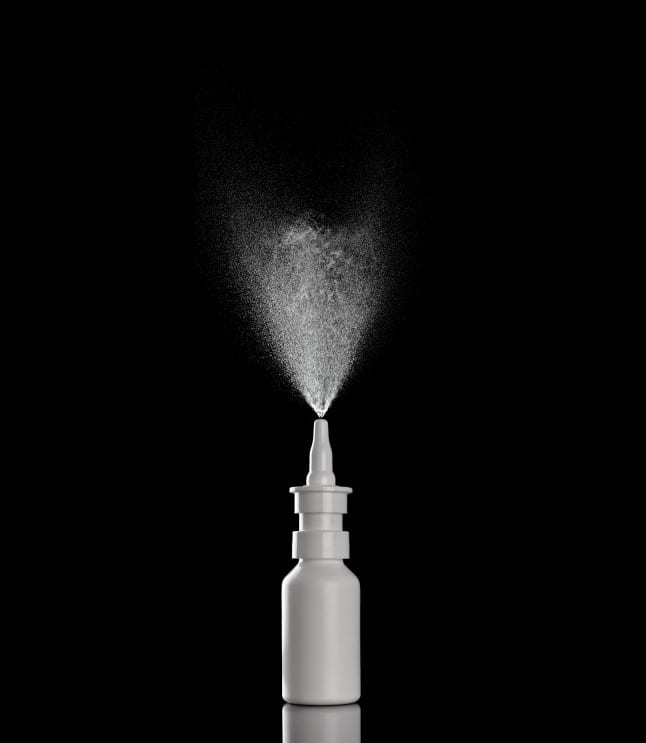 There are many medication choices for acute symptom relief or abortive treatment of migraine. These medications can be sorted into specific and nonspecific types for migraine. Medications with specific actions on migraine pain include non-steroidal anti-inflammatory drugs (NSAID’s), triptans, and dihydroergotamine. Nonspecific medications often lack a definite known migraine action or proven effect on the full features of migraine. These include opiates, commonly known as narcotics, and combination analgesics, such as butalbital compounds, isometheptene mucate, and Excedrin.

Opiate medications (Tylenol #3, tramadol or Ultram, hydrocodone or Vicodin, oxycodone or Percocet, etc) are generally avoided by headache providers. At least one guideline directs providers to reserve these medications for those who cannot use other medications—for example, pregnancy. Headache medicine specialists also avoid combination analgesics such as butalbital and Excedrin compounds. Brand names to avoid include: Fiorinal, Fioricet, Esgic, Esgic Plus, Phrenelin, and Phrenelin Plus. Avoid these due to their high potential for the development of rebound headaches, also known by headache providers as medication overuse headaches. Research shows that as few as nine days per month of using butalbital compounds, especially in females, can produce progression from episodic to chronic migraine.

NSAID’s, such as over the counter ibuprofen and naproxen, are often the first line of treatment for mild migraine headaches, but are limited by their modest potency. Regular heavy usage can lead to stomach ulcers and kidney damage, and an individual’s risk varies greatly. Triptans, of which there are seven uniquely different medications, represent a newer class of medications that were specifically designed for the treatment of migraine. Imitrex became available as generic sumatriptan in late 2008.

Triptans are available in multiple forms including tablets, orally dissolving tablets, nasal sprays, and injectable types, with or without a needle. Anti-emetic medications, such as metoclopramide (Reglan) prochlorperazine (Compazine) and others are useful for nausea. Given by IV several anti-nausea medications have anti-headache effects including the two mentioned. Anti-nausea drugs should not be used by mouth alone for pain as they are ineffective. Each is often used in combination with other abortive pain medications.

Although there are many options in abortive medication treatment, it is estimated that up to 71% of migraine patients are dissatisfied with the acute treatment of migraine attacks, and there are many potential reasons for this dissatisfaction. Multiple doses due to lack of effect is one of the biggest reasons. This lack of effect can take many forms, including failure to reduce intensity, failure to reduce duration, and failure to prevent headache from returning within 24 hours after relief of the initial headache. This is known as recurrence. Many of these medications also lead to unpleasant side affects such as stomach irritation, chest tightness, tingling, and flushing.

Another reason for dissatisfaction with an acute medication may be more specific to the way it is taken. With all oral medications, delays in absorption can lead to delays in pain relief. This is particularly true in the case of migraine, as studies have shown that delays in treatment lead to a lower likelihood of complete relief in acute migraine. For the orally dissolving tablet and nasal spray, bad taste can contribute to delay or lack of use. In addition, nasal sprays must rely on variable absorption through the nasal mucus membranes. Injectable medications have the obvious limitations of pain. With one needleless exception using forced air, injections are not an option for patients that have fear of needles. Intravenous medications are probably the most effective, but are also the most inconvenient and costly. They require the establishment of an intravenous line at an emergency room, infusion center, or hospital setting, as well as a nurse to administer the medication. Lastly, rectal suppositories, most often compounded, are available from select pharmacies, but are not commonly considered desirable.

What abortive medication can be tried when prior medications have not been successful? The answer may lie in a medication that predates many of the medications that are currently used for the treatment of migraines. While the previously mentioned problems with other abortives may exist with this medication, it may indeed be the first choice for extremely high frequency headaches with migraine features. Dihydroergotamine (DHE) is part of a class of compounds called ergot alkaloids. The name ergot refers to a group of fungi of the genus Claviceps. There are 50 known species of Claviceps, and most of them are located in tropical regions. The most prominent member of this genus is Claviceps purpurea, which is a fungus that grows on grains. Foods containing the fruiting structure of this fungus in toxic amounts can cause ergotism in humans.

Ergotism is a condition that includes symptoms such as painful seizures, muscle spasms, paresthesias, diarrhea, itching, headaches, nausea, vomiting, hallucinations, mania, psychosis, and dry gangrene. Dry gangrene is a condition in which the blood vessels constrict or narrow severely, causing weak pulses or loss of pulses and pallor or loss of skin color, peripheral sensory loss, swelling, and eventually cell death. Severe cases of gangrene can lead to amputation of the affected limb. Historically, this was noted in the middle ages, when grains contaminated by Claviceps Purpurea caused gangrene. This outbreak was referred to as St. Anthony’s Fire, and was named after monks of the order of St. Anthony who treated the disease.

When comparing the two compounds, DHE is more effective in aborting headaches, and causes less nausea and vomiting than ergotamine. DHE has a lower risk of headache recurrence after the successful termination of an initial headache. In addition, DHE carries a lower risk for medication overuse headaches. DHE’s chemical structure has elements that are similar to many chemicals that occur naturally in the body including epinephrine, norepinephrine, dopamine, and serotonin. These similarities in structure facilitate DHE’s ability to terminate headaches.

Due to DHE’s structure, it is very poorly absorbed through the gut, so oral forms are not effective. Nasal DHE (MigrainalTM) is an effective form of the medication, but can have inconsistent effects. This nasal spray form relies on uptake through tissues in the nose, which can lead to variable blood levels, with about 40% or less of the medication getting into the blood stream. In addition, the nasal form has a bad taste for nearly half of the people who use it. Injection of DHE into muscle is effective and consistent with nearly 100% of the medication getting into the blood stream. Unfortunately, intramuscular DHE is inconvenient, because it must be drawn into a syringe by the patient. Once drawn up, the pain associated with the injection limits its use. The intravenous (IV) route is the fastest, most effective method of administering the DHE, but requires establishing IVs and administration by a nurse. IV DHE is typically administered in intermittent or bolus injections in the emergency room or infusion center, or continuously in inpatient settings for the treatment of status migraine. Migraine status is defined as a migraine headache that lasts more than 72 hours with or without treatment, with either continuous pain or interruptions for less than hours, not counting relief during sleep. On occasion, under the skin infusions with insulin type pumps are used for continuous outpatient treatment. There is very limited information on this technique and your provider may not be familiar with it.

With DHE’s proven benefits, designing a fast, convenient, effective method of administration could prove to be an important option in the treatment of migraine. As such, a pharmaceutical company is currently performing trials of a new formulation of DHE branded as Levadex. It is not FDA approved as of the publication of this journal. Levadex is an inhaled form of DHE that is absorbed through the lungs directly into the blood stream. A Tempo inhaler, a new type of device, utilizes a breath synchronized, proprietary technology that delivers a one-miligram dose of DHE when the user inhales. This provides more consistent and efficient dosing of medication than conventional inhalers.

Although Levadex is not yet available on the market, trials have shown it to be effective in reducing pain, light sensitivity, sound sensitivity, nausea, and vomiting. In addition, the medication was well tolerated by most patients. Side affects included upper respiratory infection (3%), nasopharyngitis (2%), sinusitis (0.7%), nausea (4.5%), vomiting (2%), coughing (2.5%), and product complaints such as taste (6.4%). Because it stays in the blood stream longer than most of the commonly used triptans, the likelihood of recurrence is also thought to be lower in patients who treat with all forms of dihydroergotamine including Levadex.

Although DHE is an effective medication for headache treatment, there are several limitations in its use. It should be avoided during pregnancy, with history or suspicion of ischemic heart disease, history of coronary artery disease or a rarer condition called coronary vasospasm or Prinzmetal’s angina, severe peripheral vascular disease, uncontrolled high blood pressure, onset of chest pain following test dose of DHE, or previous allergic reaction. It should also be avoided per the FDA PI (package insert) in migraines that involve focal (one-sided) weakness known as hemiplegic migraine, use of a triptan medication within 24 hours, or an MAO inhibitors (Nardil) within the preceding 2 weeks.