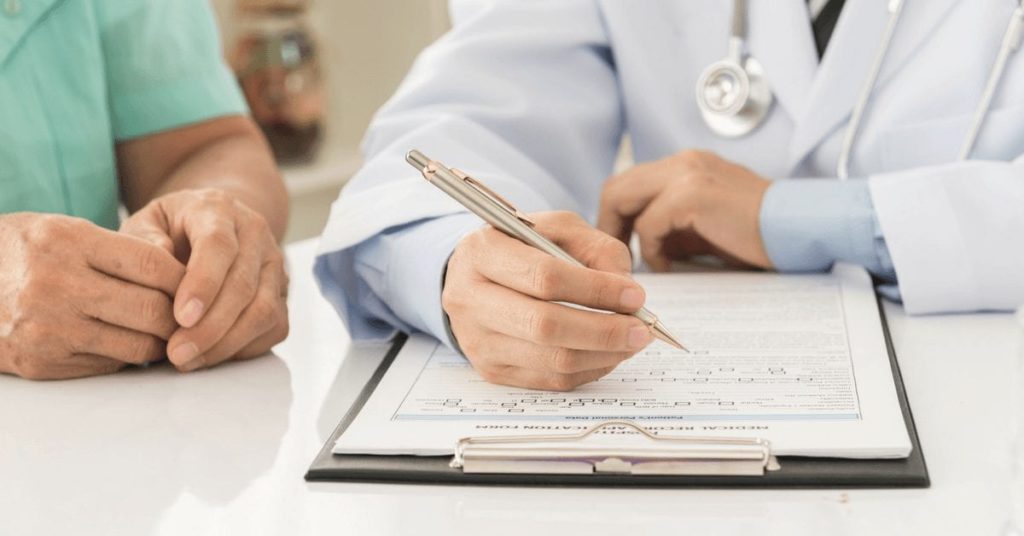 WHAT ARE CGRP BLOCKING MEDICATIONS?

There is an exciting new class of medications for migraine targeting the calcitonin gene-related peptide (CGRP). Peptides are chains of amino acids which are shorter than proteins. They have been described as small proteins. CGRP blocking medications are likely to become available in the next several years. None of these medications are approved by the Food and Drug Administration (FDA) at the time of this writing. These drugs appear to be highly effective and specific medications designed to either prevent or acutely treat migraines through blocking the pain pathway most likely to create the headache misery. CGRP is a substance present in many organs throughout the body, including the brain. It has multiple effects, depending on its target. When it is released around nerves of the head that are most associated with migraine, CGRP causes blood vessels to expand and also brings about inflammation. Both the blood vessels getting larger and the inflamed tissues hurt and probably cause the pain of migraine. The new drugs that target CGRP either block the peptide itself or the receptor structures through which it acts. CGRP medications can be divided into two distinct groups, the larger sized group, called monoclonal antibodies (Mabs), that cannot cross the barrier into the brain, and the small-sized compounds that are able to cross through the blood into the brain and other organs. The large CGRP-blocking medications are designed to prevent migraines and are given as often as every 2 weeks to monthly or less frequently. So far, they have shown no major side effects when given to patients, although potential problems of blocking CGRP on a long term basis, if any, are not yet known. Why the excitement? These Mab medications have decreased the frequency of migraine in many patients by at least 50%, and in some, about 1 in 6 patients, the migraines seemed to go completely away, at least for 3 months or longer. The small molecules, sometimes called gepants, have been studied mostly as acute, immediate, or asneeded treatments for migraine. They cross into the blood around the brain and other organs such as the liver. An earlier small molecule medication called telcagepant was found to cause liver problems in some patients, and to this day, the small molecules have not been FDA approved. The current gepants in development have not been found to cause liver problems, and they may be evaluated for both as-need treatment and prevention. The gepants are used to treat attacks as needed. They work about also on some triptans, the most commonly prescribed class of migraine-specific acute medications, but without some of the typical side effects.

There are 4 CGRP Mabs currently in development. Three of them collect or take out the CGRP itself, and these are ALD403, LY2951742, and TEV-48125. LY2951742, when injected every 2 weeks for 12 weeks gave about a 25% reduction in headache days compared with placebo. It is also being studied for cluster headache prevention. LY2951742 is taken by subcutaneous injection. ALD403 at 1000 mg resulted in about a 20% reduction in headache days compared with placebo. ALD403 is given intravenously. Monthly subcutaneous injections of TEV-48125, also given by injection, were found to have benefit in patients having both chronic migraine (15 or more days per month) and in those with less-frequent migraine. Subcutaneous injections are given just under the skin, and in the future, it is likely that a patient can be taught to selfinject, not requiring an office visit. 447 Headache: The Journal of Head and Face Pain VC 2016 American Headache Society Published by JohnWiley & Sons, Inc. doi: 10.1111/head.12759 The fourth Mab, AMG 334 targets the receiving structure, or receptor, for the CGRP antibody. It is also dosed monthly subcutaneously.

Gepant effects last hours and behave like the more familiar triptans, such as sumatriptan, to end each attack. While earlier gepants such as olcegepant were given intravenously, all of the newer ones can be taken in pill form. They compete with CGRP for space on its receptor. These medications are able to cross into the blood around the brain, and therefore more directly block pain transmission to the brain’s major pain pathway, the trigeminal nerve and the blood vessels that surround it. The potential risk for gepants is that some of them affect other organs containing the receptors for CGRP, such as the liver. This was true for telcagepant, and the newer gepants are being tested for safety. There are currently 3 gepant compounds being studied, and if they appear safe and effective, they will be submitted to the FDA. As with the Mabs, this is at least several years away.

WHY DO THESE CGRP BLOCKING MEDICATIONS WORK?

When a person has a migraine, the levels of CGRP increase greatly. This results in a cascade of pain and unpleasant symptoms such as light and noise sensitivity, and nausea. In two studies of 380 people having migraines almost half of all days, one dose of an antiCGRP Mab reduced the number of headache days by greater than 60%. A very lucky 16% remained without headaches at all for 12 weeks. CGRP can be found in pain fibers surrounding the blood vessels around the brain and the covering of the brain called the meninges, as well as in the trigeminal system that is highly associated with migraine symptoms. As stated above, CGRP causes the painful expansion of these blood vessels, at the same time starting inflammation. Blocking the CGRP receptor or collecting almost all of the CGRP moving around in the blood appears to greatly reduce migraine.

There is an exciting group of CGRP blocking medications on the horizon. They are broadly divided into 2 groups, the larger Mabs that are used preventively, and the smaller molecules, the gepants, that have been used to treat individual attacks. While the exact dosing and effectiveness remains under study, these medications may open new intriguing options for migraine treatment with fewer side effects. Since they were designed specifi- cally to stop migraine, they are in a true sense, the next generation of migraine-specific designer medications. Deborah E. Tepper, MD Harvard Beth Israel Deaconess Medical Center Sandwich Sandwich, MA, USA