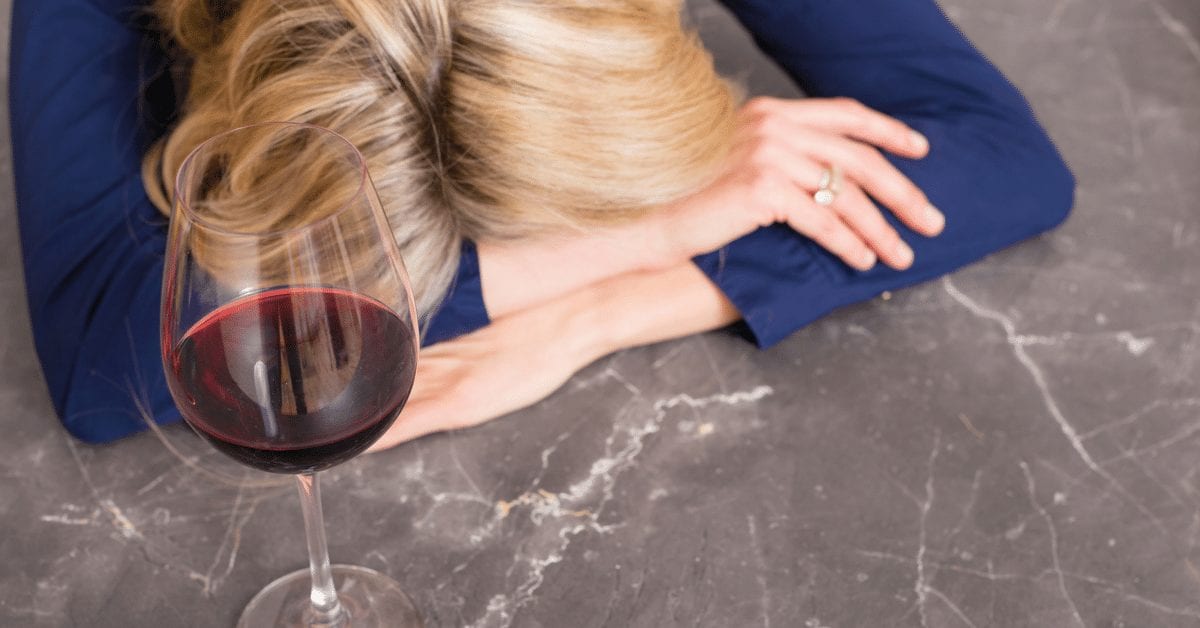 How important is alcohol as a trigger of migraine?

Migraine patients consider many foods capable of triggering migraines. The food-trigger relationship is frequently equivocal. In fact, lists of triggers induce the migraineur to equate their migraine attack with a food just consumed. This is similar to crediting a new symptom to a drug they are taking at that moment. With full review, the cause and effect may or may not be true.

A food may be likely considered a trigger of a migraine attack If a) a strict time relationship exists between the consumption and the start of headache, or b) that this link is not occasional. From retrospective patient reports, it is very difficult to make sure a link exists. In fact, especially in the drug-new symptoms example, a possible link to other frequent triggers (stress, post-stress, fear, anxiety, menstruation, weather changes, etc.) must be considered. When chocolate was studied to assess a chocolate trigger-headache link no connection was found with migraine and tension-type headache. Many consider alcohol to be a sure migraine trigger, but its importance is still debated.

In studies from different countries that collect date from the past, about one-third of migraine sufferers reported alcohol as a migraine trigger at least occasionally. In these retrospective studies, only 10% reported a frequent link. Curiously, in some countries the connection was negligible (1.4 to 6.1% of patients). The degree of alcohol habits perhaps explains these differences. No sex differences exist in alcohol susceptibility. The great majority of studies show no differences between migraine with or without aura. No difference exists between migraine and tension-type headache. Cluster headache patients have higher alcohol sensitivity (about 50-80%).

In a forward-looking study (PAMINA) published in 2007, Austrian researchers examined a large number of factors related to migraine. After an advanced data analysis, they found limited importance of nutrition, including alcoholic beverages in the precipitation of migraine. This work considered alcohol and other nutritional factors taken the day before onset of headache.

What is the interval from alcohol consumption to the start of headache?

Alcohol can trigger a migraine attack within a few hours (30 min to 3 hours). This is the typical headache induced by alcohol. Another type is the delayed alcohol-induced headache (DAIH). This hangover headache appears in the next morning after alcohol intake. At this time the blood alcohol level is falling and reaches zero. The symptom of headache is present in 2/3 of subjects with alcohol hangover. The DAIH can be experienced by anyone, but people with migraine are more susceptible. Furthermore, migraine patients can develop headache with the ingestion of modest amounts of alcohol. All alcoholic drinks can provoke either immediate or delayed headache.

Since alcohol can trigger a migraine attack, in a sense only a small number of migraineurs should drink alcohol. Population-based studies performed in various countries (US, Scandinavia, Netherlands, Japan, Italy) show that fewer migraine sufferers consume alcohol than those without headaches. Moreover, the more alcohol consumed the less likely the drinker reported migraine and non-migraine headache. This fact may be explained by sufferers of headache giving up alcohol since it is a trigger factor for their headache attacks.

However, an Italian study seems not to support this explanation. In this study, only a very small percentage of non-alcohol consuming female migraineurs reported that alcoholic drinks were a trigger. They concluded that this fact could not explain the large difference in alcohol consumption between migraine and the general public.

Is alcohol or another component of the drink the headache trigger?

Red wine is typically considered the most likely alcoholic drink trigger. In 1988, Littlewood and colleagues showed that 300 ml or ten ounces of red wine, but not vodka with an equivalent alcohol content, provoked headache in red wine sensitive migraineurs. Migraineurs not sensitive to wine and non-headache controls did not have headaches triggered. They suggested that red wine contains a migraine-provoking agent that is not alcohol. Some studies in France and Italy report white wine as the major culprit. However, there are reports of also spirits, sparkling wine and beer triggering headache. Wine does not need to be ingested in large quantities to produce headache. In wine sensitive patients the time between drinking red wine and developing headache varied from 30 min to 3 hours. Only one or two glasses at most need be ingested.

The fundamental question still remains to be made definitely clear. Is alcohol or another component of the drink responsible for triggering headache? It remains difficult to answer this question. To provoke a migraine attack a combination of factors may be necessary. These may include a given blood/brain alcohol level with degree of brain sensitivity along with the presence or not of other triggers.

Perhaps this combination activates the pathways necessary for headache to become active. Otherwise, if alcohol is not directly involved in producing headache per se, a substance present in the different alcoholic drinks seems responsible or facilitates the alcohol effect.

Some components of alcoholic beverages such as tyramine, phenylethylamine, histamine, sulfites, flavonoid phenols, have been considered possible triggers for migraine. This is due to their presence in various alcoholic drinks, and the belief the drink is capable of triggering migraine. However, this is not verified as studies are either negative or lack adequate proof to support their causal role.

Histamine is the substance most frequently mentioned. Some consider it an indicator of the wholesomeness of the food or food quality. Various foods such as fish, aged cheese, meat (sausage, salami), vegetables (eggplant, sauerkraut, spinach), contain much higher amounts of histamine than alcoholic drinks. In addition, many foods, including alcohol, may release histamine from bodily sources known as mast cells. Histamine infused by vein is a time-tested way to provoke a migraine attack. However, other than headache, many symptoms of so-called “histamine intolerance” are not characteristic of a migraine attack. That antihistamine drugs do not prevent red wine headache further fails to support histamine as a critical trigger.

The same observations made on histamine are valid for sulfites. Much higher amounts are found in many foods compared to wine. These include dried fruits, chips, raisins, soy sauce, pickles, and juice fruits. So-called “sulfite sensitivity” provokes asthmatic responses rather than headache.

Tyramine is a naturally occurring monoamine that is not able to cross the blood-brain barrier. It is responsible for the so-called “cheese effect.” Its triggering relationship to migraine has been the most extensively studied. The studies have generally shown negative results. Considerable Tyramine is found in most meats and fermented foods, many condiments, figs, red plums, and raspberries among others. Tyramine is nearly impossible to avoid, as it is so widely distributed in foods. In addition, the Tyramine content of wine is negligible (1-2 mg/L) in comparison with the Tyramine doses utilized in oral challenge studies (100-200 mg).

Flavonoid phenols and tannins, both alike in character and action, are by-products of alcohol fermentation. These congeners, or alike minor chemical substances, give wine its distinctive character. Others known congeners include acetone, acetaldehyde, fuseil oil, and furfural. These alcohol by-products have been suggested as responsible for triggering migraine. Darker colored drinks such as whiskey, brandy, and red wine have more of these by-products than lighter drinks such as vodka, gin, or white wine. However, certain studies on white wine and spirits suggested more frequent involvement than with darker drinks. Bourbon has 37 times more of these substances than vodka. Recently, it was shown to cause a worse hangover than vodka, increasing the intensity of the hangover felt. Bourbon did not appear to increase the risk for impaired performance, sleep-disrupting effect, etc. The lack of a role for congeners in alcohol hangover was recently confirmed in an animal model of migraine.

Alcohol is probably the trigger of migraine. Increased artery size is the mechanism frequently suggested. This vasodilatation could explain the immediate headache provoked by high initial blood/brain levels. Vasodilatation cannot explain Delayed Alcohol-Induced Headache as the symptom of alcohol hangover appears when alcohol levels decline to reach zero. If vasodilatation is not responsible for alcohol-related headache, what other explanations might explain this effect? Perhaps an action on nerve transmitters involved in central pain control is responsible. Specifically, serotonin (5-HT) release must be considered. Population surveys show that illicit/recreational drugs such as MDMA/ecstasy (amphetamine derivative) and ‘party pill’ BZP/TFMPP (piperazine derivatives), both serotonin or 5-HT releasing drugs, provoke headache in a high percentage of users. Young adults use recreational drugs very commonly in combination with alcohol (90%). Controlled studies show that BZP/TFMPP provoke headache/migraine in 2/3 of subjects.

Another piperazine derivative, mCPP is a nonselective serotonin activator. It is a liver-produced by-product of trazodone, an often-used sleeping aid. mCPP is extensively used to study altered serotonin nerve transmission and provokes migraine-like headache. This occurs in about 50% of subjects with oral mCPP. Migraine-like headache and many additional symptoms occur when given IV mCPP in research.

Alcohol in low dose, especially of red wine, reduces the risk of cardiovascular disease. Migraine, specifically with aura or high frequency, increases the risk of some cardiovascular diseases. The unselective suggestion of alcohol abstinence for all migraine patients is not correct. In fact, patients with high migraine frequency with increased risk of ischemic stroke may benefit from a low dose of alcohol. Certainly, alcoholic drinks may trigger migraine and tension headache in some subjects.

This is probably much less likely than that suggested by patient’s recall. Moreover, it is frequently necessary to consume alcohol along with other factors (anxiety, stress events, emotions etc.) to trigger a headache attack. Before alcohol is considered responsible for a migraine attack, the patient should review certain factors. These include careful recording of the intake of the amount of alcohol, the specific drink types, the frequency of induced-headache to the amount and type and the 48 hours prior to headache and any “situation” or “stress” prior to the alcohol intake.

If you find consistent agreement among these factors and the headache, alcohol is possibly causing headaches. However, when the factors do not associate together consistently, or extremely rarely, abstinence is not necessary. Since alcohol is considered a risk factor for breast cancer, know your risk for this disease.

Otherwise, drink that glass of good quality wine, as a Greek comic poet suggested: “Three bowls only do I serve for the temperate: one for health, which they drink first, the second for love and pleasure, and the third for sleep. When this bowl is drunk up, wise guests go home. The fourth bowl is ours no longer, but belongs to violence, the fifth to uproar, the sixth to drunken revel, the seventh to black eyes, the eighth is the policeman’s, the ninth belongs to biliousness, and the tenth to madness and hurling the furniture. (Eubulus ca 375 BC)”